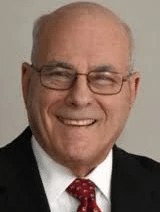 It’s fitting that one of the annual highlights of the Washington Retina Symposium is the A. Raymond Pilkerton Retinal Lectureship, acknowledged as the first dedicated retina lectureship in the Washington area. Dr. Pilkerton (retired in March 2011) is regarded as one of the local visionaries in the field, and is credited with both starting the first retina program at Georgetown and then co-founding The Retina Group of Washington back in 1982. The initial funding of the WRS Lectureship was provided through a private grant from a family of a grateful patient of Dr. Pilkerton’s, and for the past 22 years, the lecture has been presented by prominent academicians, researchers and retina specialists from around the country. 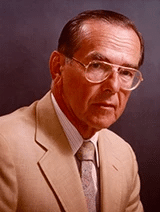 A formidable career of more than 30 years in the retina care field earned the late L. Edward Perraut a myriad of honors and accolades in recognition of his surgical skills, his extraordinary ophthalmic knowledge and his rapport with colleagues, students and patients alike. His early years of practicing in the Washington, D.C. area saw him become a valued member of the teaching staff at the Washington Hospital Center (WHC), where he helped develop and manage that facility’s weekly retina clinic and established its retina fellowship program. He served as the director of the center’s retina service until his retirement in 1991 at which time the Washington National Eye Center at WHC—and The Retina Group of Washington—established a lectureship in his honor. Dr. Perraut was a Fellow of both the American Academy of Ophthalmology and the American College of Surgeons who joined with his D.C. area colleagues to train close to 20 retina specialists who are now practicing in various parts of the country. 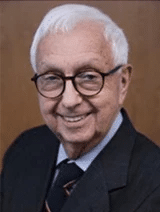 The Retina Group of Washington co-founder William S. Gilbert has been appropriately recognized for his many years of service in the D.C. area’s pediatric ophthalmology community. One honor of which he is most proud is the retina lectureship created in his honor as part of the annual Washington Retina Symposium, which each year brings to the Nation’s Capital the finest retina physicians in the United States and from around the world. Dr. Gilbert, a co-founder of The Retina Group of Washington, was the first local ophthalmologist to focus his practice on Pediatric Retinal Disease. He has educated and trained a very large number of residents, fellows and colleagues over the years, participated in countless cutting-edge clinical trials and inspired some of this city’s most highly respected ophthalmologists to pursue pediatrics as a subspecialty. 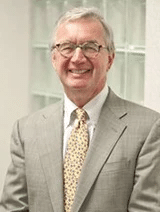 A remarkable career of more than 30 years in the retina care field, Manfred Von Fricken, belongs to numerous professional societies and organizations. He serves as a Clinical Assistant Professor of Ophthalmology at Georgetown University’s Center for Sight and the Washington National Eye Center. Serving as the principal investigator in two phase III clinical trials for macular degeneration and as co-investigator in four additional clinical research trials is just part of the reason Dr. Von Fricken has earned honors and recognition for his work. He was included in “America’s Best Doctors” since 2001, has been selected each of the past 20 years as one of the D.C. area’s top physicians by Washingtonian Magazine and received the 2005 Honor Award from the American Society of Retinal Specialists. He has authored or co-authored more than two dozen articles and abstracts and has presented clinical research at national and international meetings. 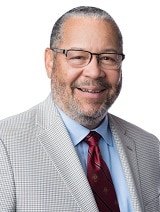 After decades of service to the Washington D.C. ophthalmology community, Frank A. Spellman retired from RGW in 2020. He is a native Washingtonian who trained at Johns Hopkins University, University of California San Francisco (UCSF), and Harvard’s Mass Eye and Ear Infirmary. During his illustrious career, he has served as Director of Retinal Services at Howard University Hospital and Vice Chairman of Ophthalmology at The Washington Hospital Center training generations of ophthalmology residents and retina fellows. He is a member of numerous professional associations, including the American Academy of Ophthalmology, American Society of Retinal Specialists, Washington, D.C. Ophthalmology Society, National Medical Association, and the American Medical Association.  He has been named multiple times by his peers as a Washingtonian “Top Doctor,” been recognized in “Best Doctors in America” and selected as one of “America’s Top Ophthalmologists.” His personal interests include The Georgetown Preparatory School, where he serves as a Trustee. He also loves golf and antique cars.